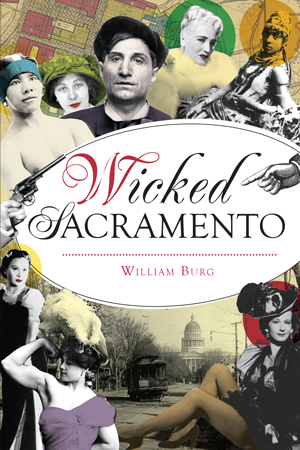 In the early 1900s, Sacramento became a battleground in a statewide struggle. On one side were Progressive political reformers and suffragettes. Opposing them were bars, dance halls, brothels and powerful business interests. Caught in the middle was the city’s West End, a place where Grant “Skewball” Cross hosted jazz dances that often attracted police attention and Charmion performed her infamous trapeze striptease act before becoming a movie star. It was home to the “Queen of the Sacramento Tenderloin,” Cherry de Saint Maurice, who met her untimely end at the peak of her success, and Ancil Hoffman, who ingeniously got around the city’s dancing laws by renting riverboats for his soirées. In Wicked Sacramento historian William Burg shares these and many more long-hidden stories of criminals and crusaders from Sacramento’s past. 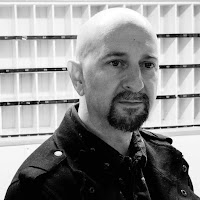 William Burg, a Sacramento resident since 1993, is a California historian whose work focuses on Sacramento history, including seven books and approximately one hundred articles about the city’s history. He holds a Master of Arts degree in public history from Sacramento State University. Burg is currently president of Preservation Sacramento and Sacramento Heritage Inc. and vice-president of Sacramento Historical Society. He was born in Skokie, Illinois, and spent his childhood in Sacramento’s suburbs, visiting Sacramento regularly and deciding to live there when he grew up.


This event is FREE and everyone is invited.
at 1:48 PM