Time Tested Books
is pleased to present
Akemi Johnson
in conversation with Naomi Williams
reading / signing / Q&A
Night in the American Village:
Women in the Shadow of the U.S. Military Bases in Okinawa 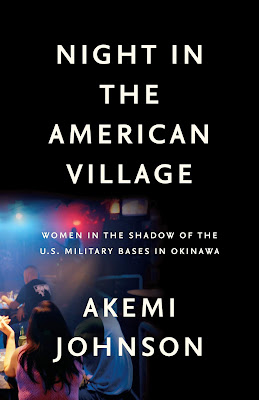 Join local authors Akemi Johnson and Naomi Williams, who will be in conversation about Akemi's new book Night in the American Village: Women in the Shadow of the U.S. Military Bases in Okinawa.

At the southern end of the Japanese archipelago lies Okinawa, host to a vast complex of U.S. military bases. A legacy of World War II, these bases have been a fraught issue for decades—with tensions exacerbated by the often volatile relationship between islanders and the military, especially after the brutal rape of a 12-year-old girl by three servicemen in 1995.

But the situation is more complex than it seems. In Night in the American Village, Akemi Johnson takes readers deep into the “border towns” surrounding the bases—a world where cultural and political fault lines compel individuals, both Japanese and American, to continually renegotiate their own identities. Focusing on the women there, she follows the complex fallout of the murder of an Okinawan woman by an ex-marine in 2016 and speaks to protesters, to women who date and marry American men and groups that help them when problems arise, and to Okinawans whose family members survived World War II.

Thought-provoking and timely, Night in the American Village is a vivid look at the enduring wounds of U.S.-Japanese history and the cultural and sexual politics of the American military empire. 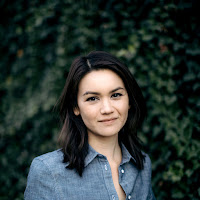 AKEMI JOHNSON is a former Fulbright scholar in Okinawa and has written about the island for The Nation, Travel + Leisure, Explore Parts Unknown, and other publications. She has also contributed to NPR’s "All Things Considered" and "Code Switch." A graduate of the Iowa Writers’ Workshop and Brown University, she lives in Sacramento.

NAOMI J. WILLIAMS is the author of Landfalls (2015), long-listed for the Center for Fiction First Novel Prize and the National Book Critics Circle’s John Leonard Award. Her short fiction has appeared in journals such as Zoetrope: All-Story, A Public Space, The Southern Review, and others. A five-time Pushcart Prize nominee and one-time winner, Naomi has an MA in Creative Writing from UC Davis. Naomi was born in Japan and spoke no English until she was six years old.