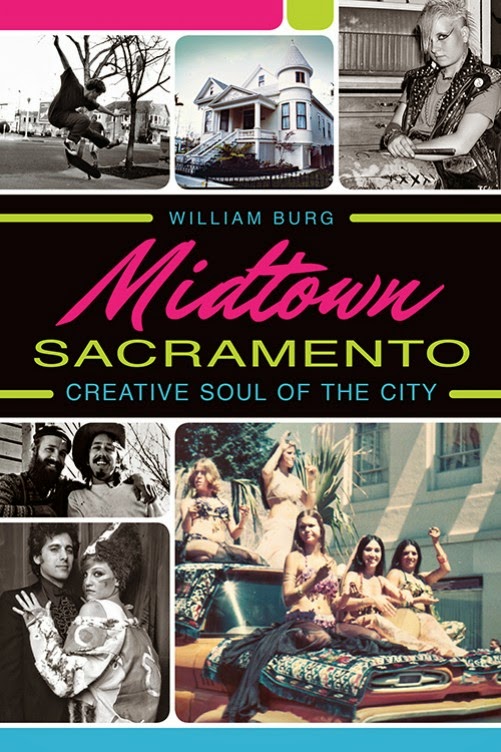 Though once scheduled for demolition, Midtown Sacramento battled back to become the city’s geographic and cultural center--a beacon for offbeat artists, progressive thinkers and independent spirits. This eclectic neighborhood made history through social progress and artistic innovation. Through the hippie counterculture of the 1960s, the irreverent power of punk rock in the 1970s and ’80s and the social and political consciousness of Generation X in the 1990s and beyond, Midtown always led the way. Now Sacramento historian and Midtown resident William Burg tells the story of the diverse generations of Sacramentans who shaped this trailblazing neighborhood.

William Burg is the author of several books on Sacramento history, including Sacramento's Southside Park, Sacramento's K Street and Sacramento Renaissance. He has served as President of the Sacramento County Historical Society and the Sacramento Old City Association. He received an MA in Public History from California State University, Sacramento, and works as a historian for the State of California.

What a fine tribute to Sacramento William Burg has become! Many can wax nostalgically and be confident with Burg's wide variety & finely chosen vibrant documentation. Burg is a brilliant Archivist of all that is valuable to California's epic history and beyond.

Thanks for recapping an era of time that is ever-so-special to my 1980's life-style-in-time-line love of a Sacramento that once was.