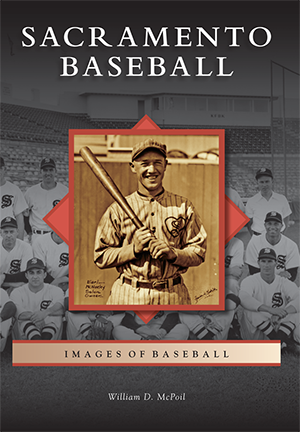 Sacramento has enjoyed baseball since the Gold Rush. As early as 1869, the first professional baseball team in America, the Cincinnati Red Stockings, came to Sacramento and played against a locally organized team. A few years later, the Sacramento team joined the California League to compete against those from San Francisco and Oakland, becoming a charter member of the newly formed Pacific Coast League in 1903. All the while, children and adults alike were picking up the sport in the many parks, sandlots and schoolyards throughout the city. In the 1920s, 1930s and 1940s, amateur and sponsored teams competed against each other for trophies and bragging rights. Then, in the 1950s, Little League, Babe Ruth League and American Legion Baseball flourished.


William D. McPoil is a lifelong resident of Sacramento. He graduated from McClatchy High School and holds a master of arts in history from CSU Sacramento. After retiring from the Sacramento Police Department, he worked as a labor negotiator and taught US history at the Sacramento campuses of Golden Gate University and Chapman University College.

This event is FREE & all are welcome.