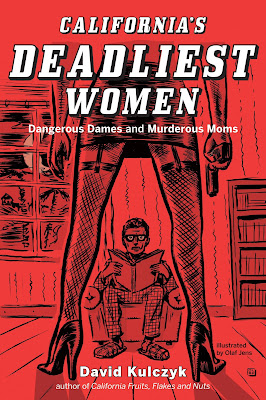 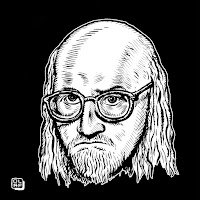 David Kulczyk (pronounced Coal-check) is a Sacramento-based crime historian. He was born in Bay City, Michigan, in 1958, and grew up in nearby Linwood. He spent his twenties as a musician, his thirties as a bike messenger, his forties making money, and his fifties writing books. His work has appeared in The SF Guardian, The East Bay Express, Madison Magazine, Maximum Ink Music Magazine, Pop Culture Press, the Seattle Times and the Sacramento News and Review. Kulczyk has written three other books, “California Justice: Shootouts, Lynchings and Assassinations in the Golden State,” “Death In California: The Bizarre, Freakish, and Just Curious Ways People Die in the Golden State,” and “California’s Fruits, Flakes and Nuts: True Tales of California Crazies, Crackpots and Creeps.” He has a B.A. in History from California State University, Sacramento.


Illustrator Olaf Jens was born in Vlijmen, The Netherlands. He studied art at Artibus in Utrecht, and at the Koninklijke Academie voor Kunst en Vormgeving in Den Bosch. Over the years his work has graced in various magazines, newspapers, posters, and LPs from numerous record labels, including Crypt, Sellwood, Amok, Coffee Addict, Southern Routes, Trailer Park, and Slovenly Records. He currently lives in Grass Valley, California.


This event is FREE and everyone is welcome!
at 2:22 PM