Time Tested Books
is pleased to present
Bruce Dancis
reading & signing his new book
Resister: A Story of Protest and Prison
during the Vietnam War
Wednesday, April 30th, at 7:00pm 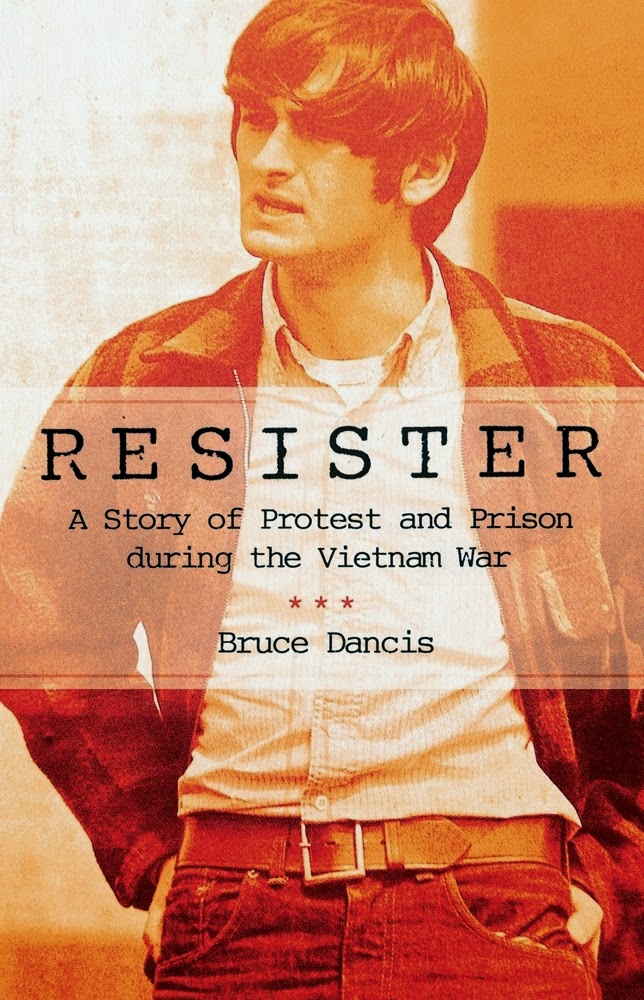 This memoir from a former editor at the Sacramento Bee chronicles his experiences as one of the top leaders of the draft resistance movement during the Vietnam War. Dancis offers an engaging firsthand account of some of the era's most iconic events, including the 1963 March on Washington for Jobs and Freedom, the Abbie Hoffman-led "hippie invasion" of the NYSE and the first mass draft card burning against the war--which Dancis himself organized, and for which he spent nineteen months in federal prison.

This compelling and insightful new book has received advanced praise from the likes of Adam Hochschild, Claybourne Carson, Susan M. Reverby, Michael Kazin and many more. Join us for what's sure to be a thought-provoking and highly relevant discussion.

My deepest thanks to Mr. Dancis for writing this book as few draft resisters from that era have done so. Also, "thanks for his service" as one KPFA caller noted. I am glad to see he did well after prison. I served about 13 months myself, but ended up as a school janitor for 28 years, most of it in the Central Valley, even now not my favorite place.

My deepest thanks for taking the time and effort to write this memoir about the mostly forgotten draft resistance movement. I too thank you for your service as one KPFA listener said. I am glad to see you had success in life afterwards. I served about 13 months in prison myself, emerging scared with my ambition gone. I worked for 28 years as a school janitor, most of it in the San Joaquin Valley, never my favorite place. I did try to oppose school administrators as needed in the spirit of my draft/prison background. I have never regretted going to prison, the best act of my life and a necessary one to be true to myself and share a little bit in common with veterans and civilians on both sides in Vietnam. I just wish this country had learned from Vietnam to value peace and economic justice over profit and militarism.

I loved as much as you will receive carried out right here. The sketch is attractive, your authored subject matter stylish. nonetheless, you command get got an shakiness over that you wish be delivering the following. unwell unquestionably come more formerly again as exactly the same nearly very often inside case you shield this increase.
buy sell trade