Folsom's 93: The Lives and Crimes of Folsom Prison's Executed Men 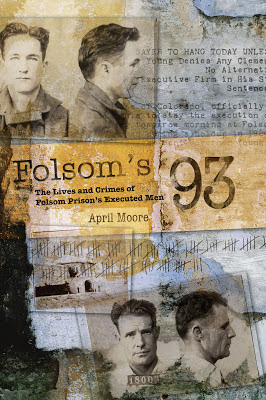 Ninety-three men were hanged at California's Folsom State Prison from 1895 to 1937, when executions were transferred to the gas chamber at San Quentin. Folsom’s 93 is the first book to tell all of their stories, recounting long-forgotten tales of murder and swift justice--or, sometimes, swift injustice that hanged an innocent man.

Based on a treasury of historical information that has been hidden from the public for nearly 70 years, Folsom’s 93 presents the full stories of these ninety-three executed men--their origins, their crimes, the investigations that brought them to justice, their trials, and their deaths at the gallows. This wealth of previously unpublished historical detail gives a vivid view of the sociology of early 20th century crime and prison life. Sometime in the 1940s, author April Moore's great-great-uncle, a professional gambler and bookie, visited Folsom Prison to collect a debt from a prisoner, and somehow "acquired" a box of ninety-three mug shots and prisoner dossiers, along with an anonymous 40-page typescript history of Folsom Prison 1858 to 1943. These records stayed with Moore's family, resting in a closet for nearly 70 years. Folsom’s 93 brings this invaluable historical record to the public for the very first time, preserving unique historical knowledge that would otherwise be lost forever.

A trip back in time to the hard-boiled early 20th-century California that inspired the likes of Dashiell Hammett, Folsom’s 93 gives a fascinating glimpse into the real-life world of yeggs, confidence swindlers, holdup men, quiet domestic tragedies, and senseless murder sprees that earned these men a date with the hangman. Illustrated throughout with authentic and haunting prison photographs of each of the ninety-three condemned, Folsom’s 93 brings the crimes and punishments of a vanished era to life. 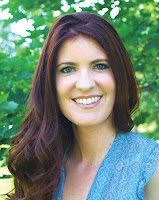 Writer and illustrator April Moore is the visual designer for the Northern Colorado Writers Association. Her novel Bobbing for Watermelons was a finalist in the 2008 Rocky Mountain Fiction Writers Colorado Gold Writers Contest, and her short story "Apartment 3B" is in the literary anthology Cacophony.


This event is FREE and open to the public.